Freedom and the psychoanalytic ontology of quantum physics

Stefan Gullatz and Matt Gildersleeve offer some background to their paper in the February 2018 edition and suggest some unmissable videos for anyone interested in the field.

To elaborate a little on the context of this paper: Matt Gildersleeve from the University of Queensland, Brisbane, approached me in 2016 with a suggestion to co-operate on a paper on Jung and Lacan. As we had both previously published in the same area - a bifocal view of Jungian and Lacanian theory - I soon warmed to the idea ...

... and it was not long before we had established a suitable topic for the paper: the ontology of quantum physics within the respective frameworks of both analytical schools.

Jungians and Lacanians of course interpret the counter-intuitive insights of microphysics according to their own characteristic ‘cognitive mapping’. Yet might there be any significant overlap not evident at first sight? This quickly proved to be a fertile research subject with a considerable potential for establishing new ground.

As we show in the paper, both the Jungian school and the Lacanian philosopher Slavoj Žizek had quite specifically developed a quantum physics based ontology, spawning an often expansive secondary literature. Yet surprisingly, no comprehensive comparative analyses of both approaches existed, and this – it seemed to us – amounted to something of a ‘gap’ in the existing research. The task of the paper was thus to map out this gap.

There are two videos, closely related to our paper, which we would like to share here, with a Jungian and Lacanian focus respectively:

1. A roundtable discussion in a clip called "Synchronicity on the Spectrum of Mind and Matter", dealing with the connection between quantum physics and synchronicity from a predominantly Jungian perspective. This recalls many aspects of the article and also features Harald Atmanspacher, who had, of course, been crucial to our paper: 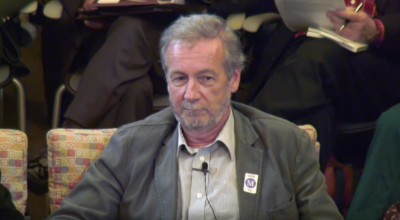 2. A conversation between Slavoj Zizek and Johnathan Derbyshire on the occasion of Zizek's publication of "Less than Nothing: Hegel and the Shadow of Dialecticla Materialism" in 2012, a book which contains a large chapter on quantum physics referred to in our paper. While the sections on quantum physics in this clip are somewhat short, these sections are very well embedded in the context of Zizek's overall Hegelian ontology, as outlined in our paper: 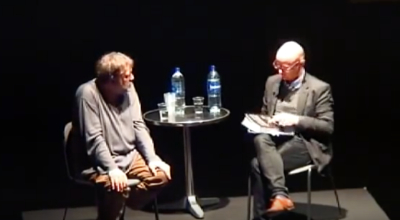 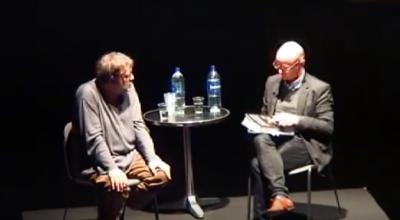