We are pleased to announce that the Michael Fordham Prize for 2020, which demonstrates the paper with the most creative and original approach to clinical analytic thinking published in the JAP in the year, has been awarded to Susanna Wright for her paper, 'Analytic attitude – focus or embodiment? Subtle communications in the transference/countertransference relationship'.

The Journal Editorial Committee felt the paper showed integrity, depth and innovation. They were moved by the author's openness and clarity of writing in describing her intriguing and challenging clinical ‘befallment’. Her introduction and revitalisation of Schachtel’s conceptualisation of narrow compared to global focal perception, and her relating this to the defensively narrow focus of the infant who had too little maternal support, is illuminating. Her subsequent detailed description of the embodiment of the dynamic as a crucial part of the working through in the analysis is both clinically useful and compelling. The paper will be invaluable in helping many future generations of analysts to be able to think about similar situations rather than sinking into crippling superego self-condemnation. 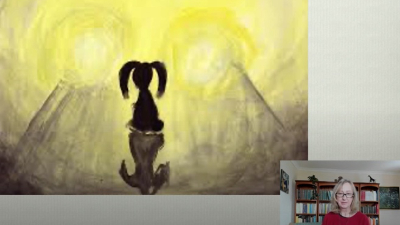 The full presentation of the paper can be viewed here.*

*With thanks for the 'Rabbit in the headlights' image to: www.my-glorious-muse.deviantart.com

The abstract of Susanna Wright's paper:

The paper considers a ‘befallment’ that occurred in the course of analysis at a time when the focus of work was too much at a conscious level, dissociated from the patient’s embodied and visceral depths. A rigidly held attitude of focal attention is considered as potentially a defence against embodied experiences of overwhelm and vulnerability that may haunt shadowy realms which remain unlit by the narrow beam of conscious awareness. Rather as a dream drifts in from the unconscious, an enactment by the analyst brought neglected aspects of the transference and countertransference relationship into the room. Later, the patient’s own dreaming mind offered images that suggested an underlying dynamic. These subtle communications, alongside the patient’s attitude toward the analyst’s lapse, are considered as factors in the achievement of greater embodied integration. The analyst’s difficulty in arriving at a formulation of such events is discussed, along with the necessity of holding such ‘befallments’ in mind over long periods of time before any explanation can be adumbrated. 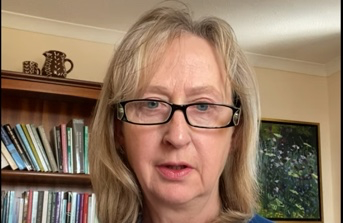 Susanna's introductory video to the paper can be seen here.